SSL 12 is a 12-in/8-out USB bus-powered audio interface that enables you to get studio-quality audio into and out of your computer with minimal fuss and maximum creativity. Building upon the success of SSL 2 and SSL 2+, SSL 12 gives you more. More I/O, more performance and more versatility. SSL 12 is fully integrated with SSL 360° software: Your SSL Control Room. Here you can assign monitor controls, create multiple independent headphone mixes, choose your Loopback source, customise the 3 front panel user-buttons and much more. SSL 12 presents a combination of professional features and workflow never seen before in a portable desktop interface.

4 beautifully detailed mic preamps to capture every nuance of every performance, with enough gain to cope with whatever microphone you’re plugging in. Our two-stage design uses a mixture of specially chosen discrete low-noise transistors in combination with ICs, resulting in exceptionally low-noise performance (-130 dBu EIN) and a superior gain range (62 dB).

Unlike many USB-powered audio interfaces, the balanced line inputs and outputs on SSL 12 work all the way up to +24 dBu, allowing you to seamlessly integrate with your favourite analogue outboard gear and other line-level devices.

No Compromise Conversion and Monitoring

With 32-bit converter technology, impeccable left-right stereo tracking and balanced outputs that deliver greater than 120 dB of Dynamic Range, SSL 12 brings the kind of no compromise monitor section performance fit for a high-end studio straight to your desktop. 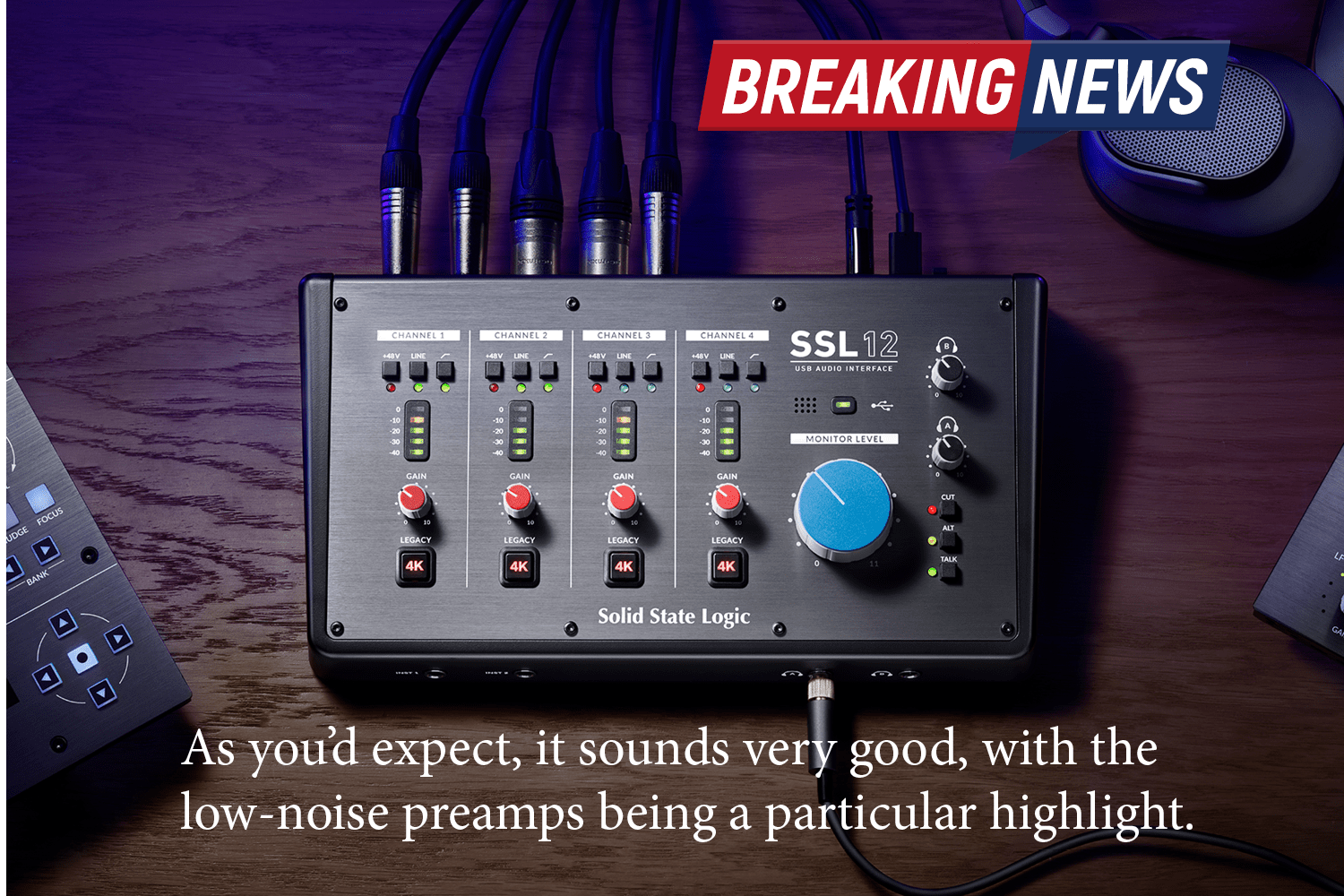 The Danish DJ and producer Terry Golden has been playing in rock and soul bands since his early teens, but fell in love with electronic music after hearing Tiesto, Armin Van Buuren and Jean-Michel Jarre. He bought his first reloop controller in 2013, and has since then been hooked on DJing. He remembers his first […]

Presonus Upgrade Your Summer Campaign is valid between 27th May – 1st June inclusive.

Save 25% on Studio One Professional Upgrades & Presonus Sphere Annual memberships!

We are offrering Free Sonarworks Monoprice package to all customers who buy a pair of Presonus Eris E7 XT monitors.

Unprecedented value for an aspiring engineer, DJ or anyone else in search of the first monitoring headphone. Now you can mix with confidence at an unbeatable price!

Campaign is limited to products we have on stock. Orders are assigned on a first-come-first-serve basis.

Contact your local sales representative to get your special deal. 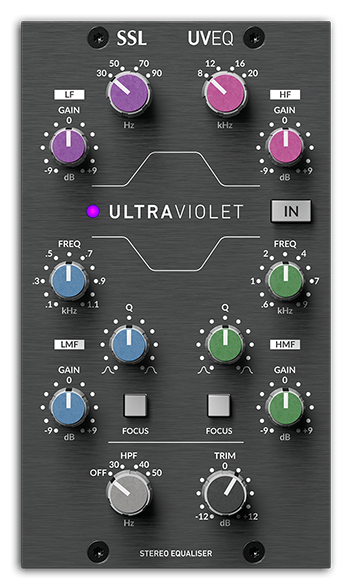 ULTRAVIOLET is a 4-Band SSL Stereo EQ based on Fusion but takes things a little further by adding two dedicated mid-bands, with a unique Focus control, for ultimate EQ flexibility.

ULTRAVIOLET draws careful selection of frequencies and response curves to create a musical and intuitive EQ designed to quickly dial in a radio-ready sound for your mix.

Focus mode allows the user to ‘spot’ the problem frequencies they want to accentuate or attenuate. Pressing the ‘Focus’ switch in, automatically narrows the chosen Q setting further and increases the range of gain available beyond the normal +/-9 dB operation. In true flexible SSL workflow fashion, it transforms this sweet sounding, musical SSL EQ into a more surgical tool.

The SSL SiX Channel is a single-width 500 Series mini channel strip including the Mic-pre, low and high frequency EQ, andthe single knob compressor. The SiX Channel is a simple way to add additional Mic/Line inputs to any professional audio device. It is also a flexible way to create a professional modular mixer from a ‘summing’ 500 Series rack unit.

A wide gain range, ultra low noise SuperAnalogue design provides both Line and Mic facilities. The nominal Line Input impedance is 10 kΩ. This can be changed to 1 MΩ using the Hi-Z switch making this input suitable for very high impedance sources such as passive guitar pickups without the need for an external DI box.

The EQ is a gentle, broad stroke two-band design with high and low shelving filters at 3.5 kHz and 60 Hz, adjustable from +15 dB to -15 dB . Each band can be switched between shelving and bell curves. The bell curves change centre frequency to operate at 5 kHz and 200 Hz giving greater versatility from the two controls.

A versatile ‘one knob’ compressor. LED meter indicating the amount of gain reduction being applied. The circuit has automatic make-up gain to maintain signal level for the full range of threshold settings. 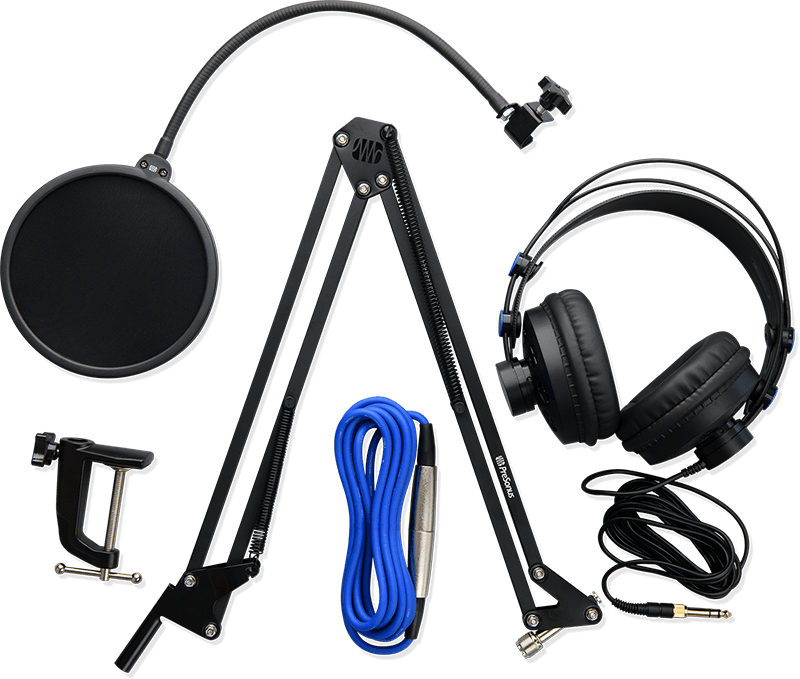 Accepted into the Danish National Academy of Music and Jazz Institute Berlin, the young alumnus from Berklee College of Music has garnered a lot of attention: he has worked with some of the biggest names in music and is currently touring with the Whitney Houston musical “The Bodygyard”.

Read about why Jonathan chooses to work with ADAM Audio’s A7X nearfield monitors and SUB10 subwoofer:

Sonarworks, the company behind precision audio software used by Grammy-Award winning music creators in over 70,000 professional recording studios around the world, announces the launch date for the all-new and improved speaker and headphone calibration software SoundID Reference (currently known as Sonarworks Reference 4).

Now SoundID Reference not only delivers an accurate studio reference sound so you can trust every mix will translate but it also comes with new features and a better UI – designed to be easier to use, and a delight to interact with!

I f you register a PreSonus interface or mixer during the promotional period (March 1st until May 31st 2021) via your Presonus account will receive a redemption code that you can use at antarestech.com

To take advantage of this offer, please follow these steps:
1. Login or create an account at My.PreSonus.com and register your qualifying product.
2. Once you have completed your hardware registration, you will find your redemption code under Products | Add-ons in your MyPreSonus account.
3. Copy the code and follow the link to the private landing page hosted at antarestech.com
4. Follow the instructions to redeem your offer!

This site uses cookies. By continuing to browse the site, you are agreeing to our use of cookies.

We may request cookies to be set on your device. We use cookies to let us know when you visit our websites, how you interact with us, to enrich your user experience, and to customize your relationship with our website.

Click on the different category headings to find out more. You can also change some of your preferences. Note that blocking some types of cookies may impact your experience on our websites and the services we are able to offer.

These cookies are strictly necessary to provide you with services available through our website and to use some of its features.

Because these cookies are strictly necessary to deliver the website, refusing them will have impact how our site functions. You always can block or delete cookies by changing your browser settings and force blocking all cookies on this website. But this will always prompt you to accept/refuse cookies when revisiting our site.

We fully respect if you want to refuse cookies but to avoid asking you again and again kindly allow us to store a cookie for that. You are free to opt out any time or opt in for other cookies to get a better experience. If you refuse cookies we will remove all set cookies in our domain.

We provide you with a list of stored cookies on your computer in our domain so you can check what we stored. Due to security reasons we are not able to show or modify cookies from other domains. You can check these in your browser security settings.

We also use different external services like Google Webfonts, Google Maps, and external Video providers. Since these providers may collect personal data like your IP address we allow you to block them here. Please be aware that this might heavily reduce the functionality and appearance of our site. Changes will take effect once you reload the page.